In short, Montessori teaches children how to learn. What is more, it does so at a critical age -- two through six years -- when their receptivity to new concepts is most keen and core aspects of their personalities are being formed. Through Montessori they discover that the will, ability, and skills to learn are inside each of them rather than provided externally. And in so doing, it helps provide a foundation of self confidence and esteem that can serve them for the rest of their lives.​

Sergey Brin (founder of Google) on how Montessori education contributed to his independent thinking and success.​

For over 100 years, the Montessori method has provided children throughout the world with an unmatched education. Take a look below at what a Montessori foundation has done for some of the world's most talented, intelligent, and successful people.

​​Unlike traditional classrooms, in which teachers impose the same lessons upon a group of children organized by age, Montessori creates an environment in which the teacher plays the role of facilitator, guiding and mentoring each child, and is able to individualize their lessons based on the child's own inherent urge to learn and develop. The classroom furniture and hands-on materials are all at a level and scale that is completely accessible to the children, which allows them to assert their independence and take charge of their learning.​​

​​"Montessori helped me become the person I am today."

"Montessorians understand that internal satisfaction drives the child's curiousity and interest and results in joyous learning that is sustainable over a lifetime."

Further, as Montessori does not segregate children by age, Montessori children benefit socially, emotionally, and intellectually from their multi-age classrooms. Younger students gain crucial social skills from the mentorship of their older peers, as well as the motivation to emulate them. Older students develop leadership skills and a habit of respectful service through sharing their knowledge with younger students.

All About Prince George's Montessori Preschool​​

​​​Montessori in the Media

​​​​​Making the Most of the Early Learning Years

​"The inner drive to learn and to develop is the core contrast between Montessori schools and conventional schools." 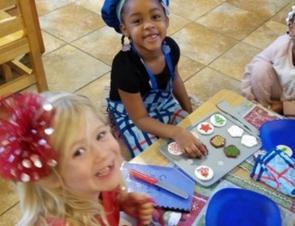 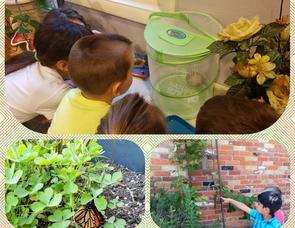 ​​Developed around the turn of the century by Dr. Maria Montessori, Italy's first female physician, the Montessori educational method consists of a specialized teaching style and expertly designed materials that combine to unlock each child's natural motivation to learn.​ 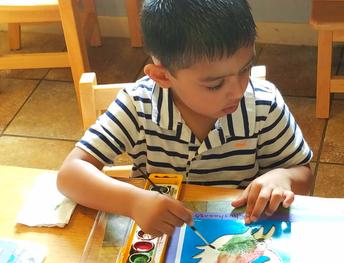