Between the ages of birth to six children experience sensitive periods in language development.  Never again will a child be able to absorb their mother tongue just by experiences in their environment. Children will repeat words and understand much more than they will be able to say. At this age children are fascinated with small objects. At North Star Montessori we use small objects to teach words and sounds. When a child masters the letter and the corresponding sound we introduce them to our Moveable Alphabet. This box of small pre-cut letters allow children to begin to build words such as cat, mat, log, and pig at three and four before they master writing with pencil and paper.
​

Montessori designed her method of reading and language instruction based on scientific research and knowledge of how children learn best. At North Star Montessori children practice beginning sounds using sandpaper letters during our small group lessons. They love to trace the letters, name them and play games to learn their sounds. Montessori’s genius is that she grouped the letters focusing on one vowel and four consonants at a time. Once a child has mastered one group they are introduced to the next. The first group of letters is TMBC & A. which young children first learn to pronounce, i.e. ma ma, ba ba etc. While other letters that are harder to pronounce such as R,S,K,L are in groups that come later in the progression following the the child’s natural development.​​

Following the child’s natural desire to learn language at their pace is key to children reaching their full potential. Teachers at North Star know when a child has mastered a concept and what lesson to show next that will spark their learning.  Children are never bored or frustrated because their individualized lessons follow their ability and aptitude. We have four year olds who have mastered all their sounds and are beginning to read. The Montessori Curriculum follows the child’s natural desire to learn and using the properly sequenced lessons and hands-on materials makes learning easy and fun. 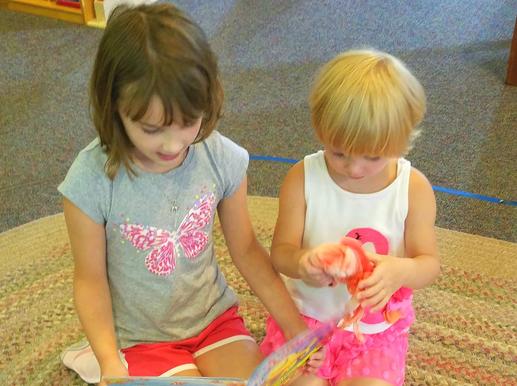 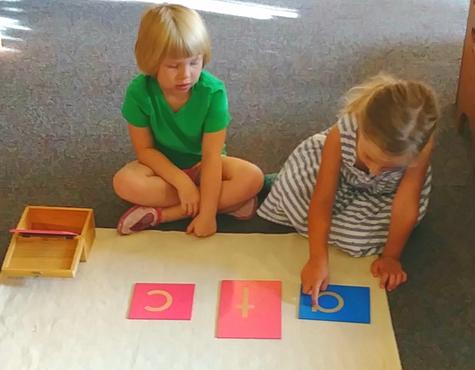 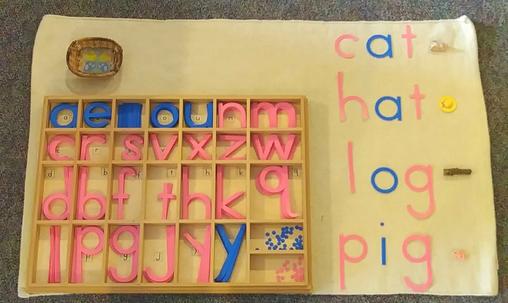